New talents in the die casting industry: Who will replace the baby boomers?
12/2/2021 Young talents News

New talents in the die casting industry: Who will replace the baby boomers?

As baby boomers move into retirement, the shortage of skilled labour in Germany will worsen in the next five years. New recruits need to be found among the up-and-coming Generations Y and Z. But how can the die-casting industry compete against other industries in recruiting new talents?

Recruiting young talent is also a major topic at EUROGUSS.
From about 2025, when the last of the baby boomers retire, the Kreditanstalt für Wiederaufbau (KfW) fears an across-the-board shortage of skilled workers. “With no countermeasures in place, the shortage of skilled labour may grow from a serious challenge to a genuine barrier to growth,” comments Dr Fritzi Köhler-Geib, Chief Economist at KfW. Economic recovery following the COVID-19 crisis, coping with the digital structural transformation and the accelerated conversion to climate-neutrality are just a few of the imminent challenges that it will be impossible to manage in the absence of employees with the necessary technical skills. Dr Köhler-Geib warns: “Securing the potential represented by skilled workers must therefore be our top priority.”

About a third of the 600 companies in the Federation of the German Die-Casting Industry (Bundesverband der Deutschen Gießerei-Industrie, BDG) have long complained of a labour shortage. With about 70,000 employees, the industry is finding it particularly difficult to compete against other industries in recruiting new talents.

For many years, the industry has been paying above-average salaries. Professions in the metalworking and electrical industries can be particularly lucrative for young skilled workers, according to an analysis by economic institute Institut der deutschen Wirtschaft Köln (IW). But for the younger generation, the critical factor in choosing a profession is less a question of earning opportunities than the social status it represents, and – this is the oft-mentioned pain point for the die-casting industry – the level of familiarity and visibility the profession enjoys. In contrast, the popularity of the vocational training for film and video editors has been constantly rising for years, despite the comparatively lower level of earnings. The reason is the exponential growth in the digital content that fills every aspect of life for Generations Y and Z. The IW therefore warns that professions facing a labour shortage but offering good earnings and career opportunities need to be made better known when it comes to career orientation. But how can the die-casting industry achieve this?


Give die-casting manufacturing the attention it deserves

“I admire companies such as Intel, which have succeeded in drawing attention to things that are totally invisible with their ‘Intel Inside’ campaign,” says Professor Martin Fehlbier. Die-casting has the same problem, with parts that are often hidden behind plastic, for example with engine components in cars. Professor Fehlbier heads the Department of Foundry Technology at the Institute of Production Technology and Logistics in the University of Kassel’s Faculty of Mechanical Engineering. Every year, 178 students begin their Bachelor’s degree there. “People get up every morning, turn on the heating, have a shower and then travel to work in one form or another – whether by tram, car or bicycle – with no awareness whatsoever of the die-cast components they have been using. That is the attention the industry is missing.”

One person Professor Fehlbier was able to convince is Marvin Emde. At the University of Kassel, Emde developed an armrest for a seat, for which he investigated the potential for die-cast components by optimizing wall thicknesses. His study, which earned him recognition last year in the form of the EUROGUSS Talent Award, shows that die-cast components with thin walls can compete with high-performance plastics in the area of lightweight construction, and can even be better in terms of resilience. But he concedes that he only became aware of the die-casting industry through his research work. “The fact that die-casting does not offer an immediate appeal is surely at least partly due to the way the industry presents itself: Smoky halls and huge crucibles with flowing metal spattering through the air,” Emde comments, adding: “But the technology behind all that, whether materials technology or process technology, is not evident at first glance.”

So who does it better? Tesla. “Everyone is talking about the reduction in the number of die-cast components that the transition to electromobility will bring about, and then along comes Elon Musk and creates an entire one-piece rear frame,” says Emde. That makes an impression. Marius Kohlhepp, another winner of the EUROGUSS Talent Award for his study “Influence of the alloy composition on the mould bonding behaviour of an AlSi7Mg die casting alloy” in collaboration with Audi AG at the Karlsruhe Institute of Technology, puts it clearly: “Elon Musk is helping the automotive die-casting industry to become cooler and worth making an effort for.” At the same time, his approach has exposed the entire sector to competitive pressure and forced it to invest in aluminium die-casting once again.

The fact the EV pioneer located his first European Giga Factory in Berlin-Brandenburg is something the Greens view as a “stroke of luck for Germany as a major location for the automobile industry.” Tesla is putting maximum pressure on German automakers, according to a quote by Oliver Krischer, parliamentary group deputy leader in Germany’s federal parliament, in the Handelsblatt. “If BMW and Mercedes, in particular, fail to respond more strongly, the best skilled workers in Munich and Stuttgart are likely to defect to their new competitor.” Ferdinand Dudenhöffer, Director of the CAR Institute, even talks about “development aid” for German automakers and their suppliers.

So far, however, Tesla has also been looking for skilled employees, especially at the management level. They have long been advertising vacancies online, but do not seem to have been able to fill them. So how do you counter the shortage of skilled labour and simultaneously encourage the younger generation to start their careers in your business?

“Lightweight construction is of specific interest to the next generation,” observes Gérôme Fuchs of GF Casting Solutions. “They look for meaning in their work and want to identify with their profession. Strength of innovation and sustainability are the order of the day. So actively contributing toward more sustainable mobility helps us with our search for new talents.”

In the die-casting sector, it is still possible to highlight critical new developments that can be put to actual use in industry, Kohlhepp observes. “For me, that was always a major plus. If I develop something ground-breaking in aluminium die-casting, the industry will use it. With other popular themes it is still a matter of performing basic research, so the situation is different. In the die-casting industry it is still possible to make changes, which is the major motivation for young people.” Emde adds: “If we now take a critical step forward and succeed in making a process environmentally friendly using modern technologies and methods – using less electricity, for example – we will be able to export it world-wide.” Both are agreed that the challenges facing the industry are an opportunity for their generation.

What if the next generation is unable to fill the skilled labour shortfall, even if the change in image means they come flocking to the die-casting industry? The coalition between the SPD, FDP and the Greens has ruled out a further increase in the retirement age. But even so, a survey by Demographie Netzwerk showed that more than half of current employees would be happy to work longer if it involved less physical effort and stress. Further motivating factors included more flexible working hours, higher salaries, and a sense of being appreciated by their supervisors. “Companies will feel the full force of this societal change in the next five years,” comments Frank Böhringer of Demographie Netzwerk in the Süddeutsche Zeitung. For the die-casting industry, that also means drawing on the potential offered by those able and willing to work longer. The industry should therefore be equally active in recruiting both older and younger talents.

The KfW agrees that the raising of the standard retirement age after 2030 is a substantial contribution toward ensuring the availability of skilled workers. At the same time, qualified immigration must be made easier, and lifetime professional development made possible for employees. Of particular importance, from KfW’s perspective, is knowledge that helps to drive forward the energy transition and the transformation of the transport sector. Digital technologies that help to improve production, such as artificial intelligence, robotics and the Internet of Things, are also essential. But that means the digital infrastructure must be expanded, and quickly so. If this succeeds in improving labour productivity, it will also alleviate the skilled labour shortage.

Since 2020, the EUROGUSS Talent Award has honoured outstanding final theses and thus the young talents of tomorrow. Topics can be innovations, improvements or new applications in die casting and the entire value chain. Patrick Reichen, Team Leader Carat at Bühler AG, explains why the EUROGUSS Talent Award is so important to him: "The training of young talents is a key focus at Bühler, and apprenticeships have been an integral part of the die-casting company for over 100 years. The same is naturally close to our hearts for the foundry industry, which is why we are very happy to promote the link between apprenticeship and industry." Gérôme Fuchs, Specialist Talent Development & Employer Branding, GF Casting Solutions, concurs: "At GF Casting Solutions, we focus on innovation and sustainability in our processes, products and supply chains. For this reason, we are proud to support this year's Talent Award. In this way, we want to offer young talents a platform to realize their full potential and to network." The official announcement of the winners of the 2021 Talent Award will take place at EUROGUSS 2022.

Over the next twelve years, around one seventh of the labor market will retire. But the new gener...

Millennials in the Foundry Industry

In the midst of change, Generations Y and Z remain optimistic and have risen to the challenges of... 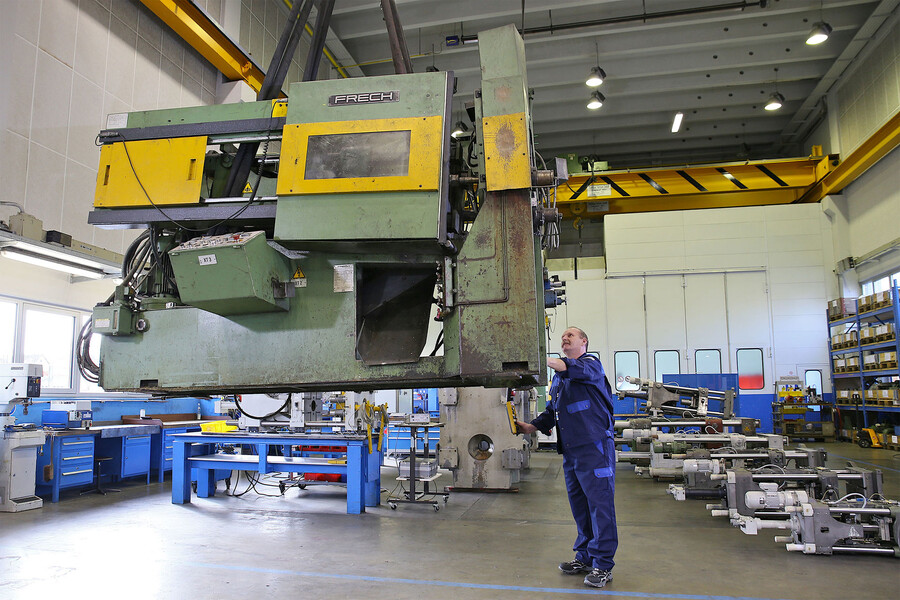 One way to update the HPDC product portfolio are innovative lightweight components and specific u...